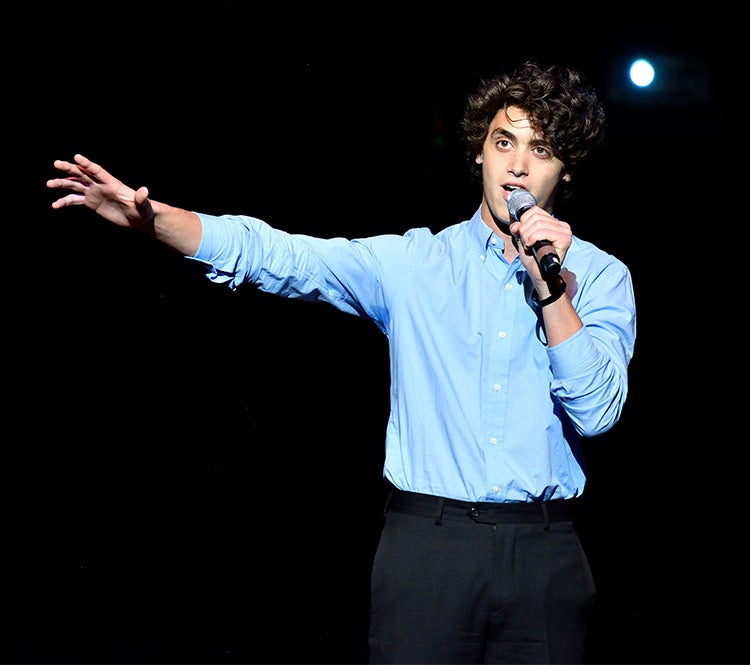 Cipriano will star in the role of Phoenix, after originating the role in the world premiere of JAGGED LITTLE PILL at American Repertory Theater last summer. The show sold out 79 performances and The Boston Globe raved it’s “urgent, wildly entertaining, and wickedly funny in all the right places.

Cipriano started his Broadway journey in 2017 after being selected to represent his high school, University Liggett High School in Grosse Pointe Woods, in the annual Sutton Foster Ovation Awards (SFOA). The award ceremony is held each May at Wharton Center and brings together talented high school drama students from across the state of Michigan. The ceremony is named in honor of Michigan’s own Broadway star, Sutton Foster (a two-time Tony Award® winner).

After winning the 2017 SFOA for Best Actor, Cipriano was asked where he hoped to go from there; he said, “I just want to be a performer in any kind of way, because that just has to be my career!”

He went on to represent Michigan in the National High School Musical Theatre Awards, also known as the Jimmy Awards. Soon after Cipriano’s performance at the Jimmy Awards, he was asked to be part of the off-Broadway production of JAGGED LITTLE PILL.

“We are so incredibly proud of Antonio,” says Wharton Center Executive Director Mike Brand. “We know this is just the beginning of his successful career in the industry. Like all our Sutton Foster Ovation Award students, Antonio put himself out there, worked hard and now it’s paying off.”