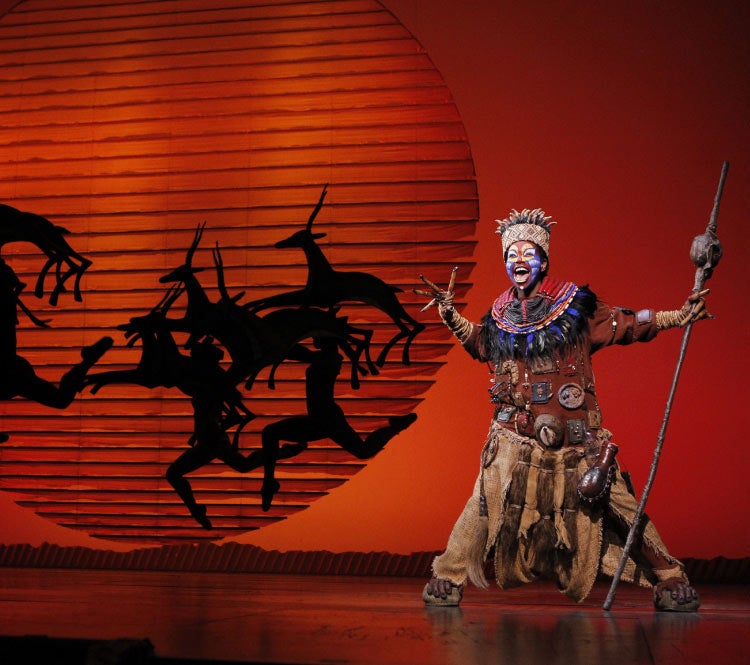 Casting has been announced for the East Lansing engagement of Disney’s THE LION KING, which will leap onto the stage at Wharton Center for Performing Arts from Wednesday, July 11 through July 29, 2018.

There will be a sensory-friendly performance (SFP) on Saturday, July 21, 2018, at 2:00PM. Wharton Center, in collaboration with a variety of MSU and community partners, has created an initiative to provide a supportive and welcoming environment that will make live theatre accessible to those with autism spectrum disorder (ASD), developmental disabilities, sensory processing disorder, and other sensory-sensitive people and their families. The SFP of Disney's THE LION KING will be the first of what will be many upcoming Broadway SFPs. For more information on Wharton Center’s SFP programs, please visit www.whartoncenter.com/sfp.

Tickets are now on sale at Wharton Center’s official ticketing outlets: online at whartoncenter.com, at the Auto-Owner’s Insurance Ticket Office at Wharton Center or by calling 1-800-WHARTON. Orders for groups of ten (10) or more may be placed by calling (517) 884-3130. VIP ticket packages - which include a prime seat location, a commemorative souvenir program and an exclusive merchandise item - are also available.

Ticket buyers are reminded that whartoncenter.com is the only official retail ticket outlet for all performances. Ticket buyers who purchase tickets from a ticket broker or any third party should be aware that Wharton Center is unable to reprint or replace lost or stolen tickets and is unable to contact patrons with information regarding time changes or other pertinent updates regarding the performance.

About THE LION KING

In its 20th year, THE LION KING continues ascendant as one of the most popular stage musicals in the world. Since its Broadway premiere on November 13, 1997, 24 global productions have been seen by more than 95 million people. Produced by Disney Theatrical Productions (under the direction of Thomas Schumacher), THE LION KING is only the second show in history to generate five productions worldwide running 10 or more years. Performed in eight different languages (Japanese, German, Korean, French, Dutch, Spanish, Mandarin and Portuguese), productions of THE LION KING can currently be seen on Broadway; London’s West End; Hamburg; Tokyo; Madrid; Manila; Scheveningen; Sapporo and on tour across North America, for a total of nine productions running concurrently across the globe.

Having played over 100 cities in 19 countries on every continent except Antarctica, THE LION KING’S worldwide gross exceeds that of any film, Broadway show or other entertainment title in box office history.

The show’s director, costume designer and mask co-designer Julie Taymor continues to play an integral part in the show’s ongoing success. The first woman to win a Tony Award® for Direction of a Musical, Taymor has in recent years supervised new productions of the show around the world.

The Broadway score features Elton John and Tim Rice’s music from The Lion King animated film along with three new songs by John and Rice; additional musical material by South African Lebo M, Mark Mancina, Jay Rifkin, Julie Taymor and Hans Zimmer; and music from Rhythm of the Pride Lands, an album inspired by the original music in the film, written by Lebo M, Mark Mancina and Hans Zimmer. The resulting sound of THE LION KING is a fusion of Western popular music and the distinctive sounds and rhythms of Africa, ranging from the Academy Award®-winning song “Can You Feel the Love Tonight” to the haunting ballad “Shadowland.”