Disney Musicals In Schools has returned to Wharton Center for its 4th year of creating Disney magic with Michigan students and teachers. Wharton Center was invited to participate in Disney Musicals in Schools in 2015. The program is a remarkable outreach initiative that develops sustainable musical theatre programs in under-resourced, public elementary schools. This year, Wharton Center is part of the pilot program looking at rural and suburban districts that show need.

Each of the elementary schools chosen for the program will participate in a 17-week musical theatre residency, with the school team partnering with a Wharton Center teaching artist. Throughout the rehearsal process, the school team will learn to direct, choreograph and musically direct their cast of 3rd-, 4th-, and 5th-grade students in their first school musical. By the end of the residency, the school team will have what it takes to support a theatre program for years to come. 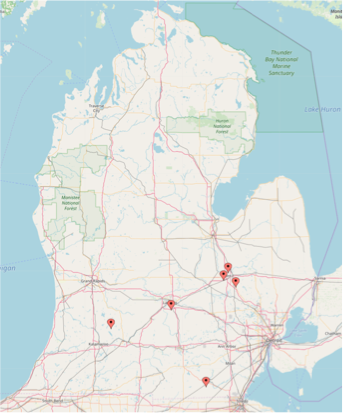 In order to be chosen for the Disney Musicals in Schools program, an elementary school must be designated Title One, and must have staff dedicated to building a sustainable program at their school. Wharton Center carefully selected six eligible schools for the 2018 program. The chosen schools are:

Each school’s program will culminate in a production of a Disney KIDS Musical on their choice. Disney KIDS musicals, created in partnership with Musical Theater International (MTI), are 30-minute shows adapted from Disney’s classic stories. This year’s chosen musicals are Jungle Book KIDS, Lion King KIDS, and Aladdin KIDS. At the end of the program will be the annual Student Share Celebration, where each cast will perform their work on Wharton Center’s Cobb Great Hall Stage in front of fellow students, family members and friends.

Disney Musicals in Schools was launched in response to Disney Theatrical Group’s concern that low-income students in urban public schools were not afforded equitable access to the arts. After successfully offering the program in New York City schools, Disney Theatrical Group began partnering with organizations in other communities around the United States.

Disney Musicals in Schools is a program of Wharton Center Institute for Arts & Creativity and is sponsored by Disney with additional support provided by Frank & Sharon Bustamante; Tracy Johnson; and Jim & Joyce Putnam.