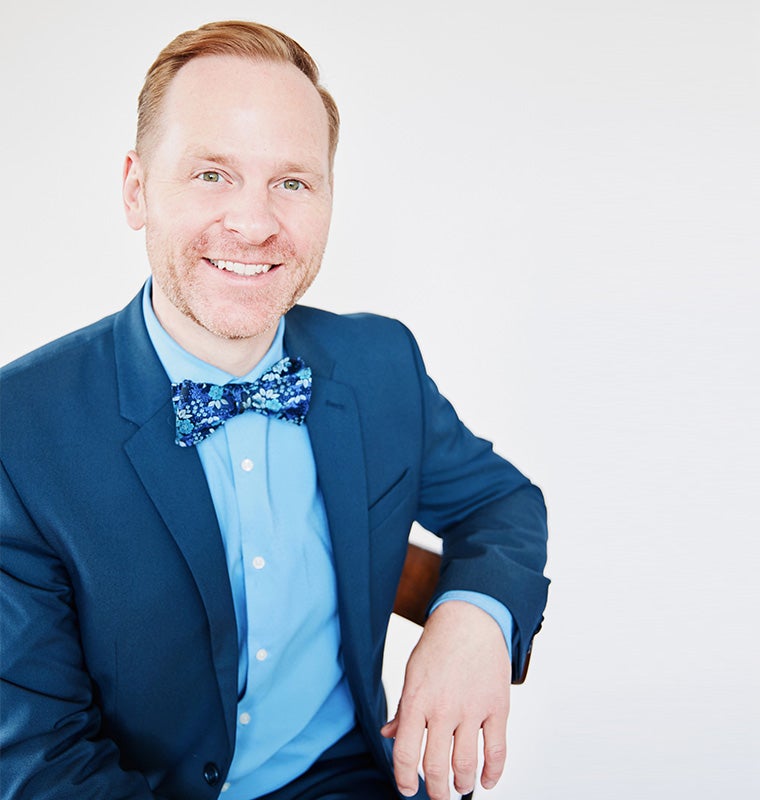 Olmscheid currently serves as director of programming at Des Moines Performing Arts and will assume his new role at Wharton Center on June 22.

An accomplished performing arts administrator, Olmscheid has nearly 20 years of experience with nationally recognized performing arts organizations. During his tenure at Des Moines Performing Arts he led the organization through significant programmatic expansion – diversifying performing arts and education initiatives, launching multiple new series, building a comprehensive education program engaging 75,000+ patrons annually, and expanding community partnerships. He has a demonstrated commitment to diversity, equity, and inclusion and strives to embed those commitments in his work and leadership.

“Mr. Olmscheid brings with him a network of connections in the performing arts that will continue to advance Wharton Center as a leader in mid-Michigan and across the U.S. and world,” said MSU Provost Teresa K. Woodruff, Ph.D. “I look forward to the diverse range of arts and educational programming and partnerships that will be adjoined under his leadership.”

In 2016 Olmscheid received the Broadway League Award for Outstanding Achievement in Education and Engagement, for both his service to the field and his accomplishments in Des Moines. He is engaged in leadership in the field and his local community, including the Association of Performing Arts Professionals, Programming and Membership Committees; the Broadway League, Audience Engagement Committee and Education Forum Chair; and the Midwest Arts Expo Task Force.

“I believe in the transformational impact of the arts and their ability to reflect our shared human experiences,” said Olmscheid. “Building off the rich 40-year history of Wharton Center, we will continue the legacy as a leader in the touring performing arts, an innovator in arts education, and a committed community partner. I am excited by the opportunities ahead for Wharton Center to support the greater arts strategy across MSU and our future initiatives that meet our audiences of tomorrow.”

As Wharton Center begins to celebrate its 40th anniversary season, Olmscheid is joining the organization at an opportune time to provide vision for its future.

“I am confident that through Eric’s leadership, Wharton Center will continue to provide our community with access to exceptional arts education, the best in touring Broadway, and performing artists of the highest quality,” said Mike Brand, current executive director of Wharton Center. “Each executive director has brought his own creative vision and strong work ethic to Wharton Center, allowing us to reach new heights. I know Eric will work diligently to ensure that all who wish to experience the performing arts are welcome.”

“It was a privilege to work together as a search committee to identify exceptionally talented individuals to provide leadership into the future for Wharton Center for Performing Arts as executive director,” said MSU College of Music Dean James Forger, chair of the search committee. “I am delighted with the appointment of Eric Olmscheid, whose leadership, vision, and collaborative spirit will take Wharton and the impact of the arts to an exciting new level.”

Olmscheid will take the helm as Wharton Center’s fourth executive director, following Brand, who is retiring after 18 years of dedicated service.