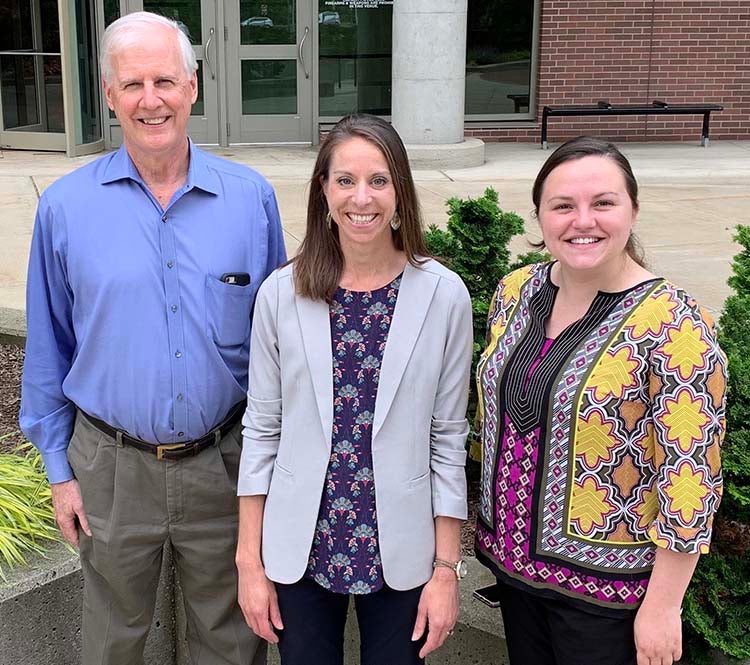 Doug Miller, Wharton Center’s Director of Development, is retiring after 21 years of service. Miller was part of two MSU development campaigns and a 3rd campaign to renovate Wharton Center. Under his leadership, Wharton Center’s Development Office raised more than $57 million in private donations and helped to fund: the 2008 building renovation; the creation of Wharton Center Institute for Arts & Creativity and its new programs and initiatives, including Take It From The Top, Suttor Foster Ovation Awards, the Stratford residency, and Sensory-Friendly Performances; and the replacement of the seats in the Cobb Great Hall and Pasant Theatres. In addition to addressing annual programs and facility improvements, Doug helped to grow Wharton Center’s endowments from a value of $4 million to $15 million. Wharton Center’s Executive Director, Mike Brand, says, “The real rememberance that we are going to have of Doug is that he has been the face and personification of Wharton Center for over two decades. He has created a whole community between donors, the East Lansing community, and the greater state of Michigan.”

Doug and his wife, Carol, both recognize and appreciate how the performing arts can be a source for creativity, healing, and unity. Doug says, “We know first-hand the power of the performing arts. Even though I’ll no longer spend most of my day at Wharton Center, my heart will always be associated with the arts. That’s why Carol and I created an endowment fund to help support the greatest needs at Wharton Center.” More information on the endowment fund.

Kristen Calabrese has been promoted to Wharton Center’s Director of Development. For the past ten years she has served as Assistant Director of Development and Associate Director of Development; she demonstrated a strong work ethic as a productive fundraiser, managing a portfolio of 120 donors and prospects. She has also been a leader with helping to sustain a number of successful projects including [email protected] young professionals’ group, Sensory-Friendly Performances, annual calling campaign and the rebranding of Wharton Center. Kristen says, “It’s been such a pleasure working at Wharton Center. I believe in the Center’s mission whole-heartedly and see first hand, everyday, how it positively impacts lives.”

Alyssa Turcsak has been hired as Wharton Center’s Assistant Director of Development. Alyssa joins the Wharton Center staff after nearly two years with the Nyaka AIDS Orphans Project as their Development and Outreach Associate, where she managed the annual giving program and volunteer opportunities.

Prior to moving to Michigan in 2016, Alyssa worked for several non-profit organizations in her native state of Iowa, including Camp Fire, Inc., Community Foundation of Northeast Iowa and the Davenport Volunteer Connection. She graduated with her BA from University of Northern Iowa where she also earned a Certified Nonprofit Professional credential (CNP) and was named Emerging Leader of the Year for 2013. Alyssa recently produced This is My Brave, a program creating awareness about mental illness performed at Wharton Center (Nov. 2018). Alyssa is “thrilled to be supporting local arts in Lansing and the great state of Michigan!”