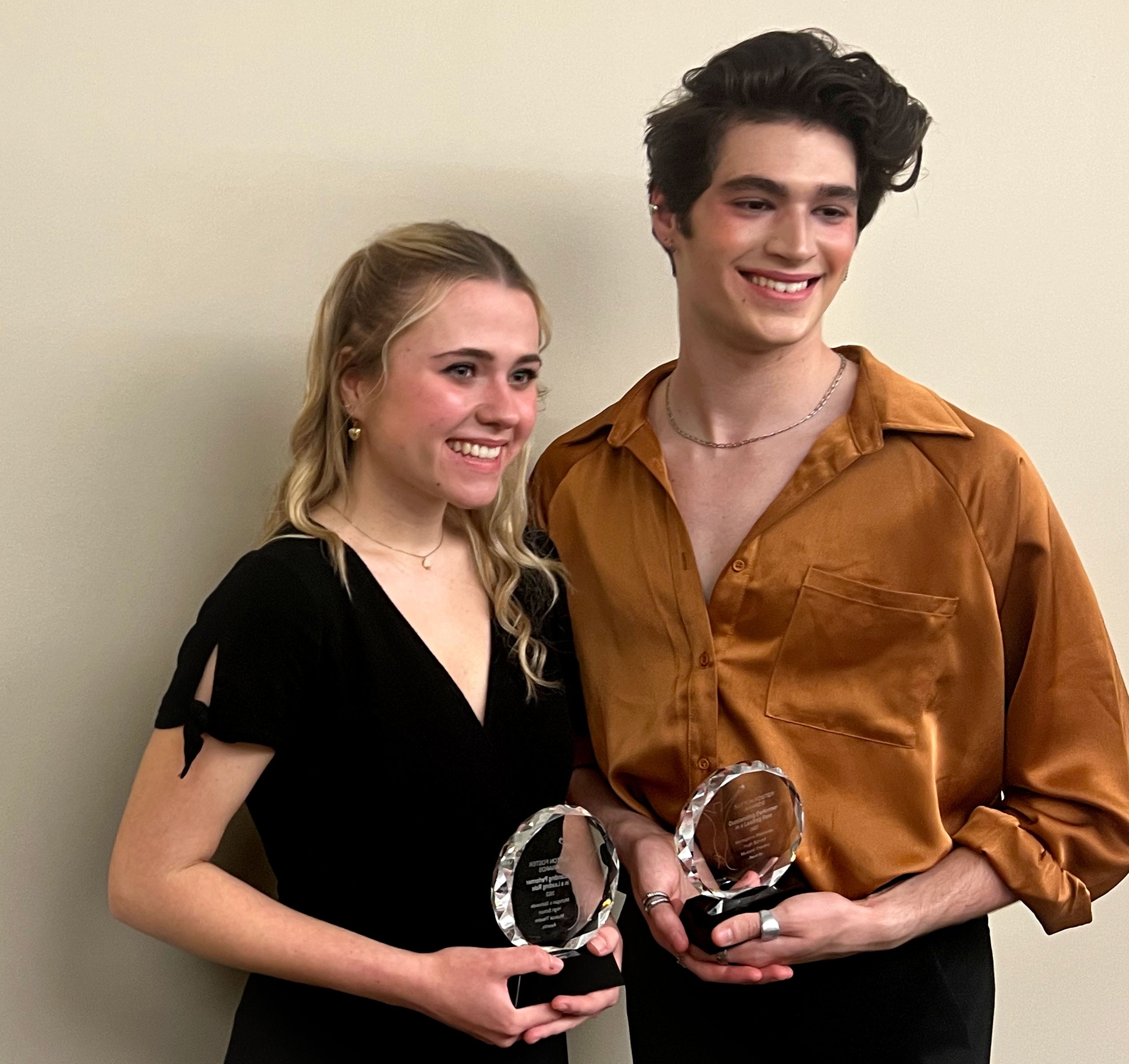 Greyson Taylor, from Interlochen Center For The Arts and Ashely Woytal, from Portage Northern High School, competed in and won the 10th annual Sutton Foster Awards at Wharton Center on Sunday, May 15, 2022.

The award, named in honor of Michigan’s own Broadway star Sutton Foster, is a celebration of outstanding achievement in individual artistry, vocal, dance and acting performances for two students in a high school musical theatre production. Taylor and Woytal were two of the 47 high school drama students from across Michigan to compete for the award.

Taylor and Woytal were each awarded a cash prize of $1,000, along with a full scholarship to Take It From The Top, Wharton Center’s summer Broadway workshop. The winners will also head to New York City to compete in the National High School Musical Theater Awards—otherwise known as the Jimmy™ Awards—on June 27, 2022.

Also honored this year was choreographer Maddy Shutes from St. Johns High School, with the Excellence in Musical Theatre Education Award. The award honors the educator’s and the school’s commitment to excellence in performing arts education.

The Sutton Foster Awards is a partnership with Wharton Center for Performing Arts, Broadway in Detroit and Broadway Grand Rapids. Sponsored by Honigman, LLP and Piper & Gold Public Relations with additional support provided by Nancy Passanante.