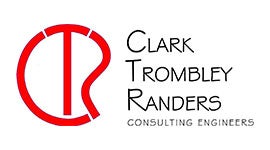 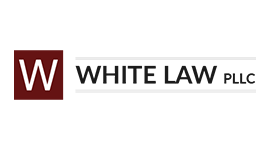 Hamilton is the story of America then, told by America now. Featuring a score that blends hip-hop, jazz, R&B and Broadway, Hamilton has taken the story of American founding father Alexander Hamilton and created a revolutionary moment in theatre—a musical that has had a profound impact on culture, politics, and education. With book, music, and lyrics by Lin-Manuel Miranda, direction by Thomas Kail, choreography by Andy Blankenbuehler, and musical supervision and orchestrations by Alex Lacamoire, Hamilton is based on Ron Chernow’s acclaimed biography. It has won Tony®, Grammy®, and Olivier Awards, the Pulitzer Prize for Drama, and an unprecedented special citation from the Kennedy Center Honors.

Updated as of March 6, 2022. Patrons for all Hamilton performances are required to wear masks indoors, regardless of vaccination status, for the duration of the performance.

Proof of COVID-19 vaccination or negative test is not required.

The safety and security of all Wharton Center patrons, artists, staff and volunteers is our top priority. Important security information is listed below.

Run Time
This performance will run approximately 2 hours and 45 minutes, including a 15 minute intermission.

Age Recommendation
Hamilton is appropriate for ages 10+. The show contains some strong language.

Special Effects
This performance will include haze, open flame, prop pistols and muskets (gunshots), and strobe effects. Please ask an usher for details.

Ticket Exchanges
Tickets can be exchanged for another performance of Hamilton until 3 days prior to the performance if seats are available.

We will also now collect the single-use lounge tickets issued to our Bronze, Silver, and Gold Circle members. Please note the lounge is open for Hamilton performances from March 29-April 3.

In addition, we are excited to introduce self-scanning entry to the lounge for all Platinum circle members (and circle levels above) entering from the Grand Foyer entrance. Staff will be on hand to assist you. Please scan your card for each member of your party.

Continue to watch your email to stay informed and to be prepared for each performance. Please contact the Development Office at (517) 353-4640or wc.dev@whartoncenter.com with any questions.

We look forward to seeing you on your next visit to Wharton Center.