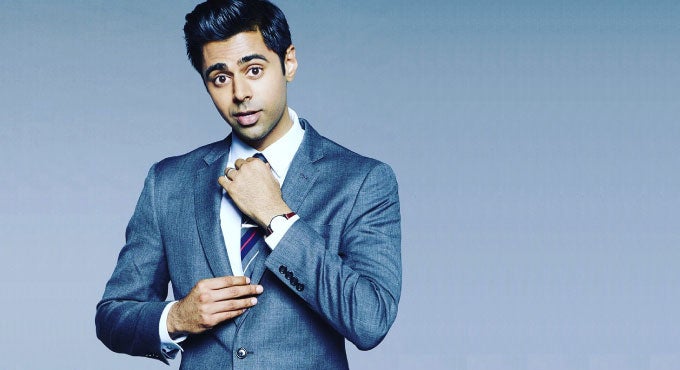 Hasan Minhaj: Homecoming King, is the theatrical debut of humorist and “The Daily Show” correspondent Hasan Minhaj. Homecoming King, the story of the “New Brown America,” is based on true events from Minhaj’s first generation Indian-American experience. Navigating between two worlds, it follows Minhaj’s arrival in the U.S., meeting his sister, interracial love, racism, bullying, and his family’s quest to achieve the elusive American Dream.

Hasan Minhaj is a comedian, actor, and writer in New York. He is a correspondent on the Emmy and Peabody award-winning program, “The Daily Show.” His critically-acclaimed one-man show, Homecoming King recently returned Off-Broadway after a sold-out run in 2015. A 2014 Just For Laughs ‘New Face,’ he was selected by the Sundance Institute to develop his solo show and feature film at the prestigious New Frontier Storytelling Lab. A featured storyteller for “The Moth” his work has garnered acclaim in film, web, and television. He hosted the documentary special ‘Stand Up Planet’ produced by The Bill and Melinda Gates Foundation. His viral web series ‘The Truth with Hasan Minhaj’ has been featured in countless publications including The Huffington Post, Gawker, and The New York Times. He has been seen on a variety of other television programs including “Arrested Development” on Netflix, HBO’s “Getting On,” and “@Midnight” on Comedy Central.

Age Recommendation:  13yrs and older due to strong language.
Performance Run Time: 75-90 minutes with no intermission.

Age Recommendation:  13yrs and older due to strong language.
Performance Run Time: 75-90 minutes with no intermission.