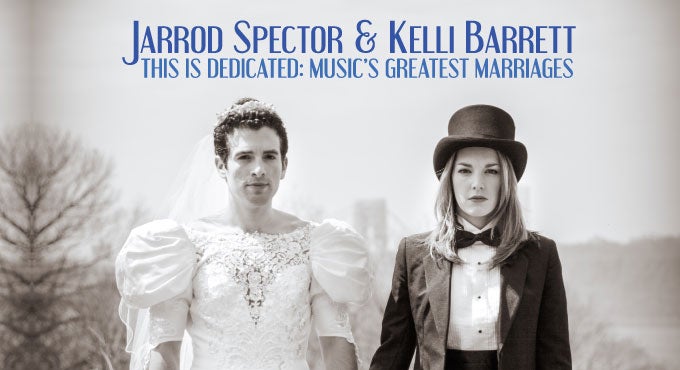 Celebrate Valentine’s Day with a special night of music! Newly-married Broadway vets Jarrod Spector and Kelli Barrett are often asked, “What’s it like to be married to a fellow artist?” Bringing to life the greatest songs birthed from the greatest marriages, the two attempt to answer that question. From Barry Mann & Cynthia Weil to Alan & Marilyn Bergman to Sonny & Cher to Beyoncé & Jay-Z, themes of love, heartbreak, triumph and despair infuse these incredible songs and the storied partnerships themselves. Tony Award® nominee Jarrod Spector originated the role of Barry Mann in Beautiful – The Carole King Musical, and is known for his vocal prowess as Frankie Valli in Broadway’s Jersey Boys. Kelli Barrett recently originated the role of Lara in Broadway’s Doctor Zhivago. She has also appeared on Broadway in Wicked, Baby It’s You! and The Royal Family. This night celebrates marriage as the powerful force behind this timeless music and tackles the difficult questions behind keeping it all together.