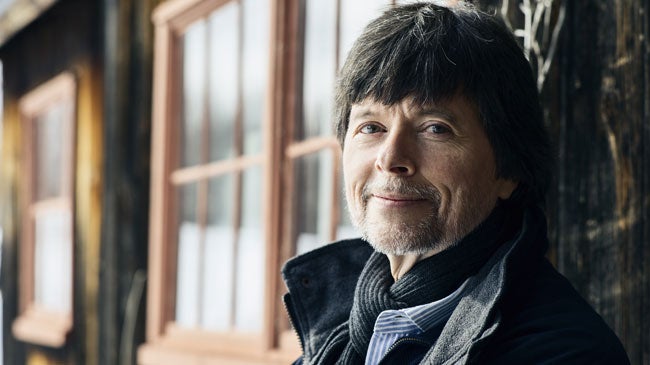 Renowned documentary filmmaker Ken Burns, the second recipient of the Spartan Statesmanship Award for Distinguished Public Service, will be the featured speaker at the Gov. Jim Blanchard Public Service Forum on Sept. 23 at Michigan State University.

The award and forum, announced last year, were established through a $1 million gift to MSU from Jim and Janet Blanchard. Jim Blanchard said the program honors distinguished leaders in public service, diplomacy, politics and journalism, and gives MSU students and others “a chance to learn from their leadership and inspiring careers.”

"Ken Burns is an outstanding choice for the forum this year, and we are honored that he accepted this award and agreed to come to campus,” Blanchard said. “He is a great documentarian and one of the most influential filmmakers of our time. He has brought to life so much of the richness of the American experience, and his dedication and perseverance is exactly the type of inspiring story we like to bring to campus through the Blanchard Forum.”

“The generous gift from Jim and Janet Blanchard is making it possible for the Department of Political Science to bring distinguished leaders, with strong credentials in public service, to campus to talk with our faculty and students as well as the larger MSU Community,” said Charles Ostrom, department chairperson.

“The Blanchard Forum has quickly grown into a signature event for our college,” said Rachel Croson, dean of the College of Social Science. “Ken Burns’ accomplishments are significant and our students benefit each time they are able to hear directly from someone who has achieved so much.”

Ken Burns has earned two Oscar nominations and his films have won 13 Emmy Awards. He is also the recipient of a Lifetime Achievement Award from the Academy of Television Arts & Sciences. He and Blanchard serve as officers together on the National Archives Foundation Board of Directors in Washington, D.C.

In addition to his most famous films – “The Roosevelts: An Intimate History,” “Jackie Robinson,” “The Civil War,” “Baseball,” “Jazz” and the epic “The War” about the Second World War – Burns and his team at Florentine Films are currently producing documentaries on the Vietnam War, the history of country music, Ernest Hemingway and the history of standup comedy.

“No other filmmaker has captured these important subjects the way Ken Burns has,” Blanchard said. “His exemplary career relays the importance of following your passion and being true to your ideals, and I think that is valuable for students and everyone in the MSU community to hear.”