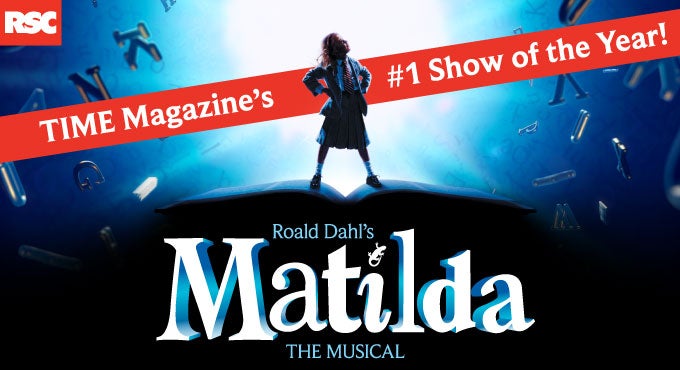 “Rejoice. It is even more glorious than promised.” –The New York Times

“WELCOME TO THE DELIRIOUSLY AMUSING, HEARTWARMING, HEAD-SPINNING WORLD OF MATILDA THE MUSICAL. YOU WON’T WANT TO LEAVE.” –Bloomberg News

TIME Magazine’s #1 Show of the Year! Winner of 50 international awards, including four Tony Awards®, Matilda The Musical is the story of an extraordinary girl who, armed with a vivid imagination and a sharp mind, dares to take a stand and change her own destiny. Based on the beloved novel by Roald Dahl, MATILDA continues to thrill sold-out audiences of all ages on Broadway and in London’s West End. The Wall Street Journal says, “The makers of MATILDA have done the impossible – triumphantly! It is smart, sweet, zany and stupendous fun.”

In Matilda Wormwood’s world, everyone speaks lightning-fast -- with accents – especially the kids! So, if you’d like to follow along with Dennis Kelly and Tim Minchin’s award-winning songs and lyrics, you can view & print them HERE.

For all audiences, ages 8 and up.

For all audiences, ages 8 and up.