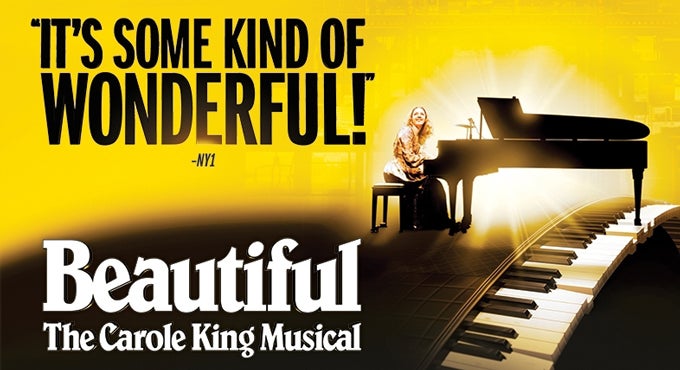 Beautiful – The Carole King Musical tells the Tony® and Grammy Award winning, inspiring true story of King’s remarkable rise to stardom: from teenage songwriter to being part of a hit songwriting team with her husband, Gerry Goffin; to her relationship with fellow writers and best friends Cynthia Weil and Barry Mann; to becoming one of the most successful solo acts in popular music history. Along the way, she made more than beautiful music...she wrote the soundtrack to a generation. The musical tells this entire story, reminding us of the hits she wrote and co-wrote along the way, including: “Some Kind of Wonderful,” “Will You Love Me Tomorrow,” “Take Good Care of My Baby,” “The Loco-Motion,” “On Broadway,” and more...all culminating in her masterpiece, the Tapestry album.

For most audiences, ages 11 and up.

There will be a Spotlight Dinner available prior to the performance on Thursday, January 12 at 5:45p.m. for $55 per guest.

There will be an AfterChat following Thursday's performance inside the Great Hall with members of the Beautiful Company.