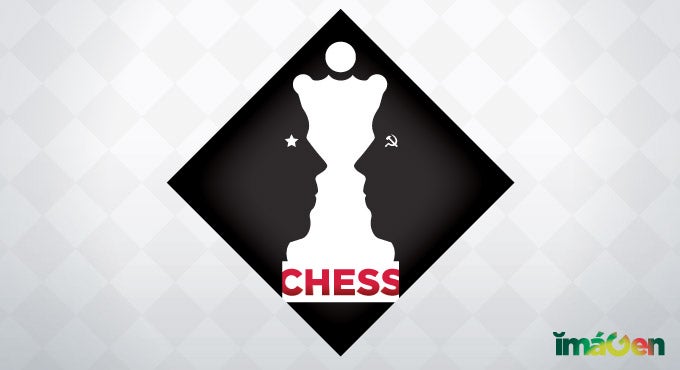 “One of the best rock scores ever produced in the theater!” – Time Magazine

Inaugural ĭmáGen Event!
From the composers of Mamma Mia! and ABBA fame, and the lyricist of The Lion King and Jesus Christ Superstar
The two greatest chess masters – one American, one Russian – compete to be the best in the world. But their greatest contest is for the love of the same woman.
In a flurry of intrigue and international conspiracies, American Freddie Trumper and Russian Anatoly Sergievsky fight to take the queen in a romantic triangle amidst the heightened passions of the Cold War.

This Tony-nominated cult rock musical explores love, loss and betrayal, and features the hit “One Night in Bangkok,” along with songs “Heaven Help My Heart” and “I Know Him So Well,” “Pity the Child” and “Nobody’s Side.”

This exciting inaugural ĭmáGen staged concert event will showcase Broadway stars, local high school students and MSU Musical Theatre and Dance students in performance on the same stage as part of a new Musical Theatre Immersion Program at MSU, a new collaborative venture with the MSUFCU Institute for Arts & Creativity at Wharton Center and MSU College of Arts and Letters’ Department of Theatre.

“Chess” is presented by special arrangement with SAMUEL FRENCH, INC.

Run Time is approximately 90 minutes with no intermission.

Age Recommendation: For ages 8 and up

Age Recommendation: For ages 8 and up

Run Time is approximately 90 minutes with no intermission.