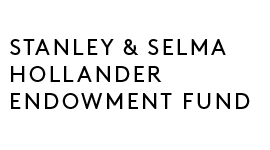 For over a century, the Czech Philharmonic has represented the pinnacle of Czech cultural achievement. In 1896, Antonin Dvořák conducted the orchestra’s debut performance at the Rudolfi num, still home to the orchestra’s Prague concerts. Led by renowned conductor Semyon Bychkov, the orchestra will perform a full evening of Dvoř ák, including his Cello Concerto No. 2—possibly the most popular concerto written for the cello—featuring cello wonder Alisa Weilerstein. Weilerstein has been called “the leading cellist of her generation” by New York Classical Review , and “a consummate performer” by the MacArthur Foundation. The evening also includes Dvořák’s beloved Symphony No. 9, “From the New World.” Bold, thrilling, and moving, Symphony No. 9 was written during the composer’s time in the United States and evokes the life and times of early America.

There will be a Spotlight Dinner available prior to this performance at 5:45pm for $55 per guest.

Jiří Vodička, concertmaster for the Czech Phil is the featured speaker, and Jamie Paisley from WKAR is moderating.

Patrons arriving after the performance begins will be seated in the back of the theatre at appropriate breaks.