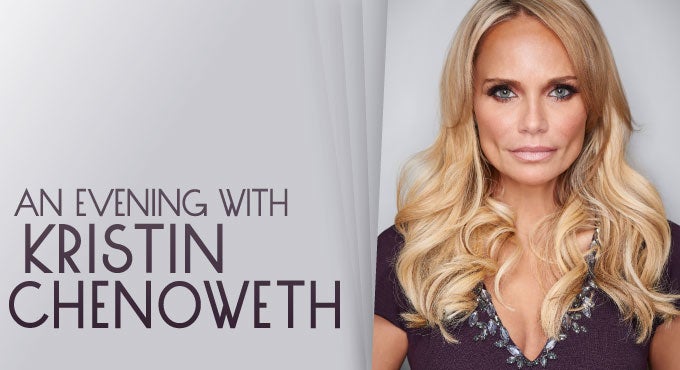 Emmy and Tony Award® winning actress and singer Kristin Chenoweth comes to Wharton Center – for the very first time – for what promises to be an amazing night of song! Ms. Chenoweth takes the lead in a spectacular career that effortlessly spans film, television, voiceover and stage, and boasts an accomplished singing career. She received a Best Supporting Actress Emmy Award for her work in Pushing Daisies, and has been a featured performer in Glee and The West Wing, has been a guest judge on American Idol  and earned widespread acclaim for her role as Glinda the Good Witch in the hit Broadway musical Wicked. She is also a veteran of the concert stage, selling out halls from London to New York to Sydney.

In her live show, the acclaimed star brings iconic songs from her best-known shows like Wicked, Glee, and On the Twentieth Century – as well as popular standards and classics from Broadway, Hollywood and beyond.

For fans of musical theatre, film and television, An Evening with Kristin Chenoweth  is absolutely not to be missed!

VIP merchandise items will be shipped to customers.

Guests can contact INFO@FUTURE-BEAT.COM with any questions concerning their package after purchase.  Please contact the ticket office at 1-800-WHARTON for questions or assistance.

Run Time: 90 minutes with NO intermission.

Sponsored by The Centennial Group; and Merrill Lynch.