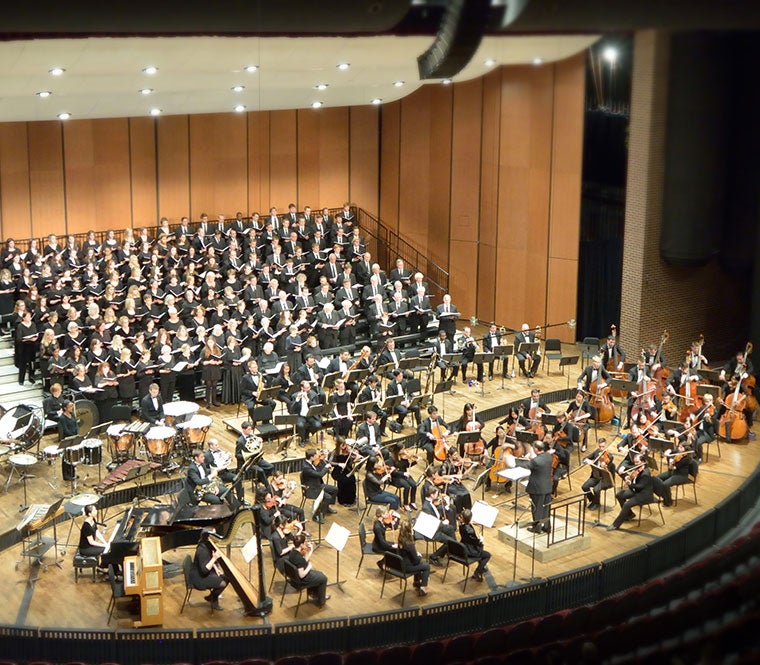 Dmitri Shostakovich’s Symphony No. 13, titled Babi Yar, memorializes the massacre of Ukrainian Jews by Nazi forces. The work remains one of the most enduring musical protests against antisemitism. An engaging and informative preview lecture by three scholars and the conductor will precede the concert and explore the historical context of the Holocaust and the artistic reaction and remembrance generated by Shostakovich’s symphony. The work is paired with selections from I Never Saw Another Butterfly by Charles Davidson, settings of poems by Jewish children who perished in the Holocaust.

This event is coordinated by the Michigan State University College of Music and The Michael and Elaine Serling Institute for Jewish Studies and Modern Israel at MSU, in partnership with the Jewish Federation of Metropolitan Detroit, the Holocaust Memorial Center Zekelman Family Campus, the Jewish Community Center of Metro Detroit, The Detroit Symphony Orchestra and The Detroit Jewish News.